A series inspired by the 1973 film of the same title written by Michael Crichton about a futuristic theme park. This place is where rich people go to pretend they’re cowboys. The park is filled with a cast of immaculately made ‘hosts’, who stick to a series of recurring scripts that involve hundreds of intersecting storylines. 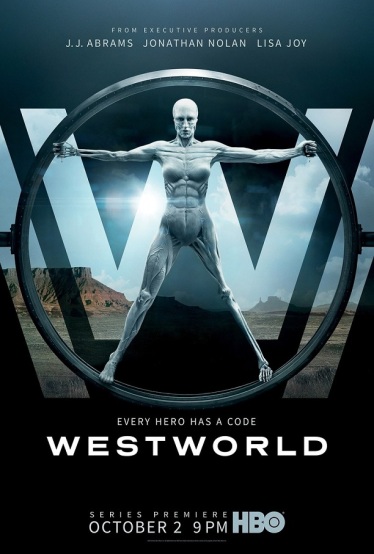 In the film, Westworld is just one of three themed worlds. Guests also get to choose between Roman World and Medieval World. In the show we can only see the Westworld, I’m curious if in next seasons we’ll see other worlds.

In this show we can see a mix of other shows and movies. The tv show Humans, because of robots who looks like humans and behave like them. Truman Show, because of monotonous of hosts live. The Hunger Games, because of the way creators, of this park, are watching what’s going on in this place. They’re using similar mock-up of the world. 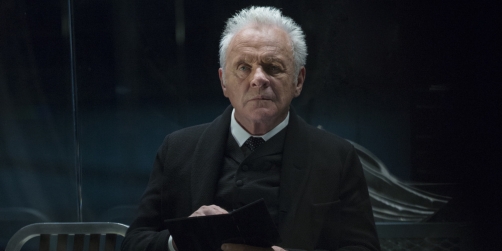 The main character is Delores Abernathy (Evan Rachel Wood) as she goes about her days repeatedly playing out the loop written for her as one of the parks many semi-autonomous ‘hosts’ or artificial life forms created by Dr. Robert Ford (Anthony Hopkins) and his team. In time something bad start to happen to those robots. Their creators aren’t sure what’s going on, is it only software or data base’s problem, or hosts start to be aware and self conscious. 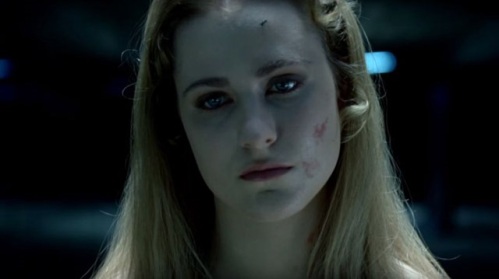 Somewhere on the internet I saw the question, why the technical crew of this park shows up, once in modern clothes and another time in clothes which fits more to the park reality. I think the answer is easy, they’re appear in modern clothes when they turned off the hosts, and dealing with technical problems. When a host is kind of a turn off, can’t remember what happen in that time. When the crew has to check something or find another broken robot, they have to do this in undercover. Robots aren’t aware what they are, they only know that they live on the west, and believe that everyone they know are real, and their world is real. The hosts are unaware of what they are, and creators want them to live that way.

I can’t stop to think that hosts aren’t fully created in a lab. I think they’re human beings before. When they died Dr. Ford recreated them to robots. Maybe not all of them, but I feel, at least that’s what happened to Dolores.

Here’s of course, many questions without the answer, for now. Isn’t technology gone too far. Those robots are programmed not to hurt the humans, but how long will that last? What that’s it means that Dolores is the oldest host in the park, does that mean she’s the most evolved of them all? Who’s this Man in Black? What’s going on with that fly?

I can’t wait for another episode!

Did you watch this episode already? If you did, what do you think? 🙂