In season four premiere, we known better Beth and creators introduced us a new clone. This week we saw more of the present days. Beth is seen in few small flashbacks.

Sarah, Kira, Mrs. S and her mother are hiding in Iceland, after M.K. warned Sarah that Neolution knows where she is. Mrs. S thinks they should stay where they are, and that M.K.’s warning can be a trap. Then Kira see or feel something outside the window. “They’re coming”, everyone knows that this kid is special and had a sixth sense or something. They get back to the city, and meets up with Cosima and Scott in the basement under the comic book store, called Rabbit Hole. Cosima is fine, at least for now, she and Scott still trying find the cure. Still, no news from Delphine, we’ll probably find out what happened with her somewhere in the end of the season.

Sarah and Art start their own investigation, they are trying to find what Beth knew, about clone case and Neolution. They found out what viewers saw in last week’s episode.

It was so great to see Cosima, Alison, Donnie, Helena and Felix. It’s always fun to see Alison and Felix together, even if it’s short scene, their relationship is so lovely and really different than his relationship with Sarah. As we found out, Felix probably found his real family.

Helena and Donnie are always funny together. It’s so cool to see how happy Helena is, and how she has changed since the beginning of the show. She’ll have twins! That was so sweet scene.

For the first time we had the opportunity to see Mrs. S and Cosima talking. The conversation was about Delphine, young scientist knows that, probably something bad happened to her lover. She needs to hear that, Delphine is alive and everything will be okay. She also needs someone who she can talk to, about her feelings. We can see that, she still loves and cares about Delphine. That was sad and heartbreaking scene.

What I really like this week, was flashbacks. Especially the one with M.K. and Beth in her apartment. That was a story from new clone’s perspective, the last time she saw Beth. When you watch this scene you can see that Beth is losing control, and when you realize what’s going on and which part of the story it is, it hits you. It’s last moments of Beth’s life, we know the rest from the very first episode of the show. Beth says goodbye in her own way, she said to M.K. „watch the others for me”, after those words, we can be pretty sure that, new clone knew more about Alison and Cosima, than only names. 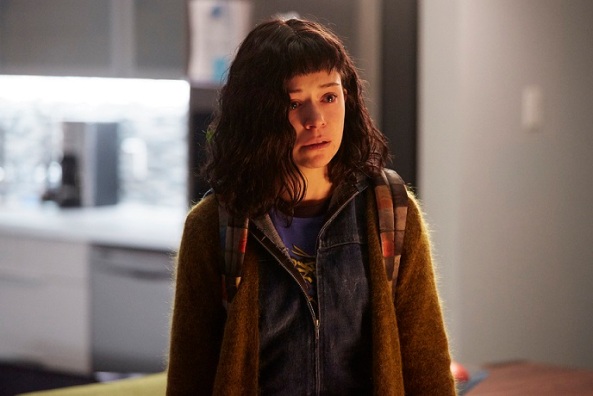 As always on Orphan Black it’s a mix of fun, laughter, mystery. You can feel all possible emotions in every episode. Again the best music choice, this week we could hear songs from Honora and Serpents of the She.

Orphan Black is constantly changing, I don’t think I can explain that, but you can feel that now show is different, than in previous seasons. Characters grown up, the dynamics of the show has changed, but still interesting plot and twist makes that you can’t stop watching.

As always, new questions after the episode:

What Beth does, when she went out, why she was wearing blonde wig? She had blood on her hands, she killed someone? If she did, who it was, and why she does that? What is the purpose of these bug implants? Why those weird people remove people’s cheeks?

Any thoughts? Let me know!