When you hear about a horror movie, you’re prepared to be scared and ready to hide behind the pillow, but is it always about creatures, ghosts or paranormal activities which want to hurt people? No, and The Halloween Girl shows that sometimes it’s something more than a fright, it’s fright and excitement of not knowing. It’s smart movie, while you’re watching you have to think and after, conclusion stays with you. 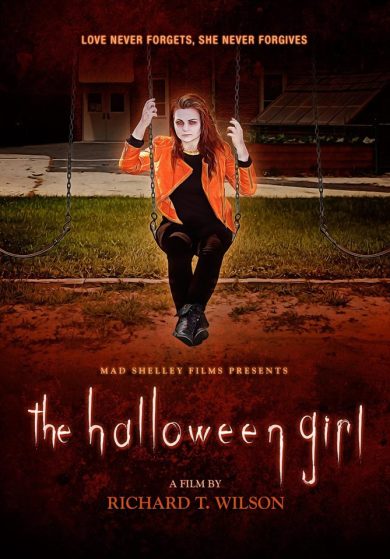 The film tells the story of, Marie (Christie Parker) who lost her daughter, Charlotte (Catherine Kustra) on Halloween, ten years ago. Women begin to see teenager in nightmares. At the same time, Marie’s young son Luke (Nicholas Zoto) begins telling her about a new friend he’s made – also named Charlotte. Coincidence? Not this time. Charlotte has a message for her mother. Does Marie will tell Luke the truth about the past?

Sometimes in short movies creators wants to show us too much from the story, after watching a movie with too many details on the plot, the viewer can be left confused, but not this time. Since the beginning of The Halloween Girl you can see that the creators had a complete idea for almost twenty minutes movie. The storytelling is simple and not overdone, twenty minutes it’s perfectly long time for telling a story, not too fast, not too slow. 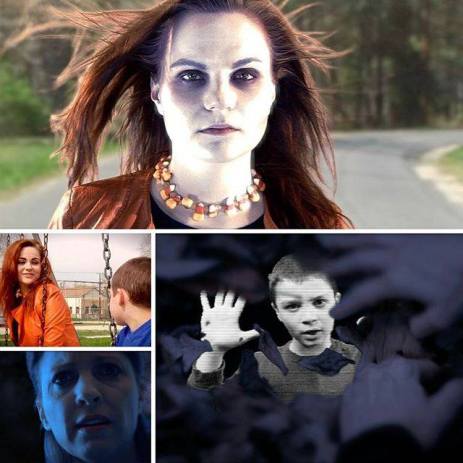 The Halloween Girl is perfectly done short movie about loss and family. It’s not a typical horror movie, because it tells a valuable story, and if you can’t sleep after that, it’s not because you scared, but because you start to thinking what if I would be in a similar situation.

Richard T. Wilson, who’s a producer, writer, cinematographer and director, does a great job with the editing and digital effects. The nightmare scenes were made perfectly, gave some chills. Every member of the cast delivered amazing and strong performances. Christie Parker as Marie, perfectly showed emotions of mother who have huge secret and lost her daughter. Luke was played by Nicholas Zoto, he did a great job with his character, a kid who’s a little outsider, but the most memorable is Catherine Kustra as Charlotte. She perfectly showed mystery of a girl, and on flashbacks viewer can feel how difficult is situation in which Charlotte has found herself.

I really enjoyed this movie. I would recommend this movie to anyone who wants to see something different, a new point of view for short films. Great story and an amazing cast, make this movie memorable. For sure it’s not a movie for everyone, not everyone will like it, for example: because of the way movie was made, but for sure, it’s a project which really deserves attention.

You can buy DVD or Blu-ray here: http://www.madshelleyfilms.com/store/c1/Featured_Products.html